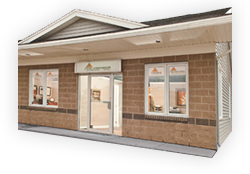 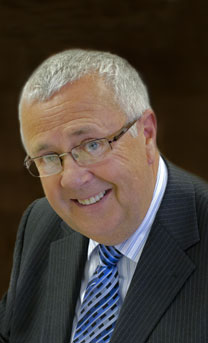 J. Paul Lee, CFP, CLU, CH.F.C., has been either an owner or operator of businesses in the Saint John and surrounding areas since 1978. In 1993 he began his financial planning career with Met Life. He immediately began taking courses which lead to him obtaining his CFP, (Certified Financial Planner) designation in 1998. Paul continued with advanced studies to achieve his CLU (Chartered Life Underwriter) and also his CH.F.C.(Chartered Financial Consultant) designations in 2002. Paul's area of expertise is centered around pre and post retirement planning, estate planning, and planning for incorporated professionals and small business owners.

He has been involved with community groups since 1981 beginning with his involvement in the Saint John Kinsmen. Paul has held every executive position in the Kinsmen Club, including President in 1995. He currently belongs to the K-40 club of Saint John. Paul has completed a 2 year commitment with the CGA Society of New Brunswick as their only non-CGA representative on the Board of Governors. He is a past board member and Treasurer of the Kennebecasis Valley Chamber of Commerce. Paul is Chairman and also one of two founding members of a business networking group in Saint John called The Fundy Trade Organization. He presently serves as committee member of the KV 8 Ball league, an 8—ball league of which, he and his wife, Connie, are members.

He is Past- President and current board member for the New Brunswick Chapter of Advocis, (The Financial Advisors Association of Canada) (www.Advocis.ca). Paul has completed two terms as President of The Campers Association of Scenicview .

He and his wife Connie have four adult children and several grandchildren. They enjoy spending free time with their 2 Shih Tzus, making home-made wine, playing 8-ball and camping in their trailer. In the past they have volunteered with their dog ‘Sassy’ visiting a local nursing home through a program put on by the Saint John Ambulance called “Therapy Dog” program. They canvass two streets in April for the Canadian Cancer Society and have been doing that since Paul was diagnosed with Bladder camcer in 2005. Paul is a cancer survivor and happy to give back.